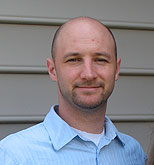 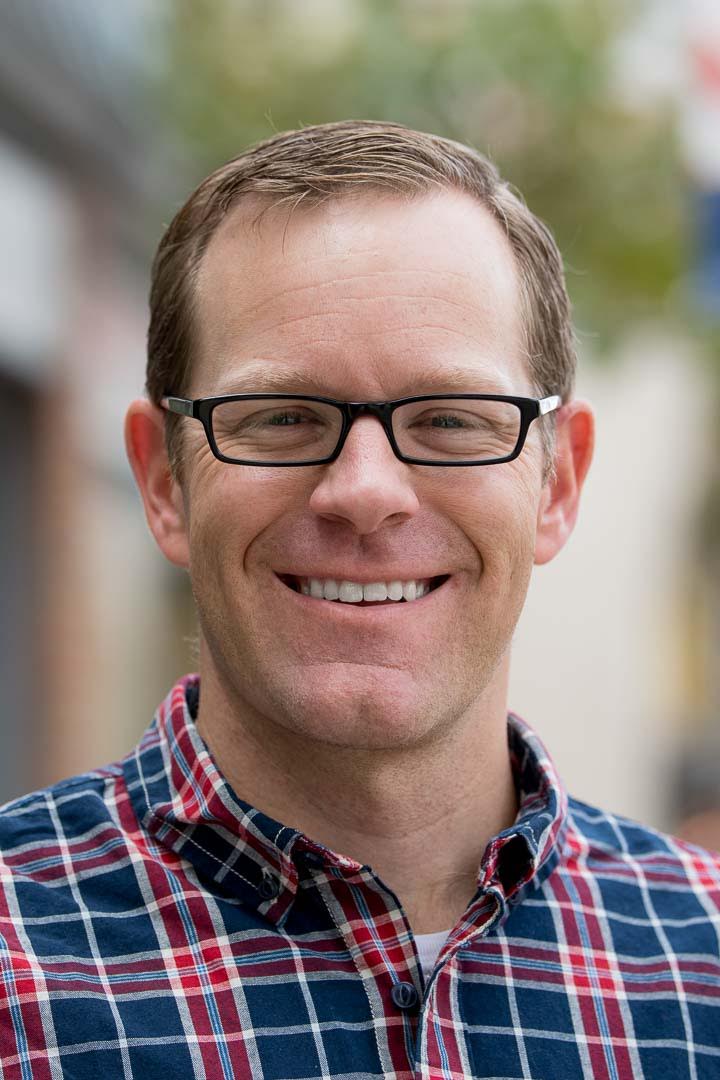 February 5 may have been Super Bowl Sunday, but Sunday afternoon many experienced something much more significant than the Patriots’ dramatic win. New Hights Christian Church, a brand new Spanish-speaking congregation in Hightstown, NJ, held their first baptism service that included their worship service, baptism, recognition of new members and dinner and cake afterward.

Pastored by Oscar Guerrero, New Hights was birthed through the support of several mission-oriented tribes that desire to see more churches birthed. Three years ago Oscar participated in a learning cohort with Fresh Expressions U.S., a sister organization of Ecclesia. At the encouragement of Mia Chang (Ecclesia board member and pastor of nearby Next Gen Church in West Windsor, NJ) – along with the American Baptist Churches of New Jersey, Oscar attended the Fresh Expressions trainings and learned about joining with the Spirit in birthing new, creative expressions and extensions of church right where you are.

While the church started in Oscar’s living room just four months ago, services now include more than 50 people. That Sunday afternoon not only included 12 baptisms of new believers, but also included the recognition of 38 new members to the church! They serve the elderly and shut-ins, run after school tutoring for kids, started a youth ministry and host several Bibles studies each week. In that Sunday service, singing, praying and preaching in Spanish (which was then translated to English) reminded everyone in attendance of our big God who is worshiped and understood in various languages and cultures. Speaking of prayer, Oscar’s heart for and conviction of the importance of prayer is clear. “If we don’t pray,” he said, “our church will die. Prayer is how we depend upon God – for everything.”

Mia Chang and J.R. Briggs both present, where Mia assisted with the baptisms. She and J.R. gave a brief word of encouragement to the baptism candidates and laid hands on the candidates in prayer at the end of the service. When Ecclesia envisioned initiating a Pentecost Offering in 2016 we were praying faithfully that we could bless a congregation in a way that birthed fruit for the kingdom. What a privilege it is to partner with New Hights  – in prayer, finances and relationships – in order to see new congregations bring God’s hope-filled mission to a world in need. 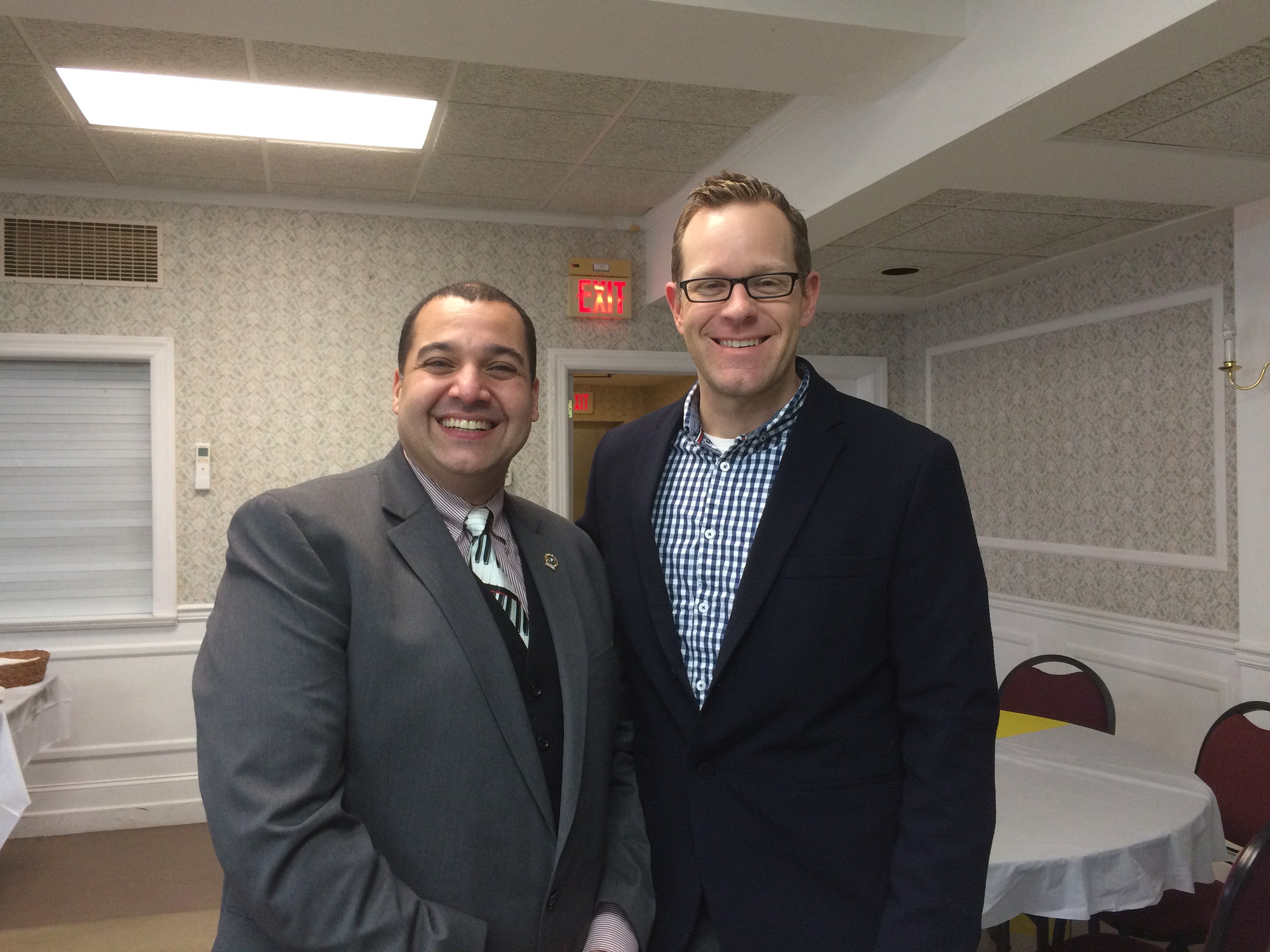 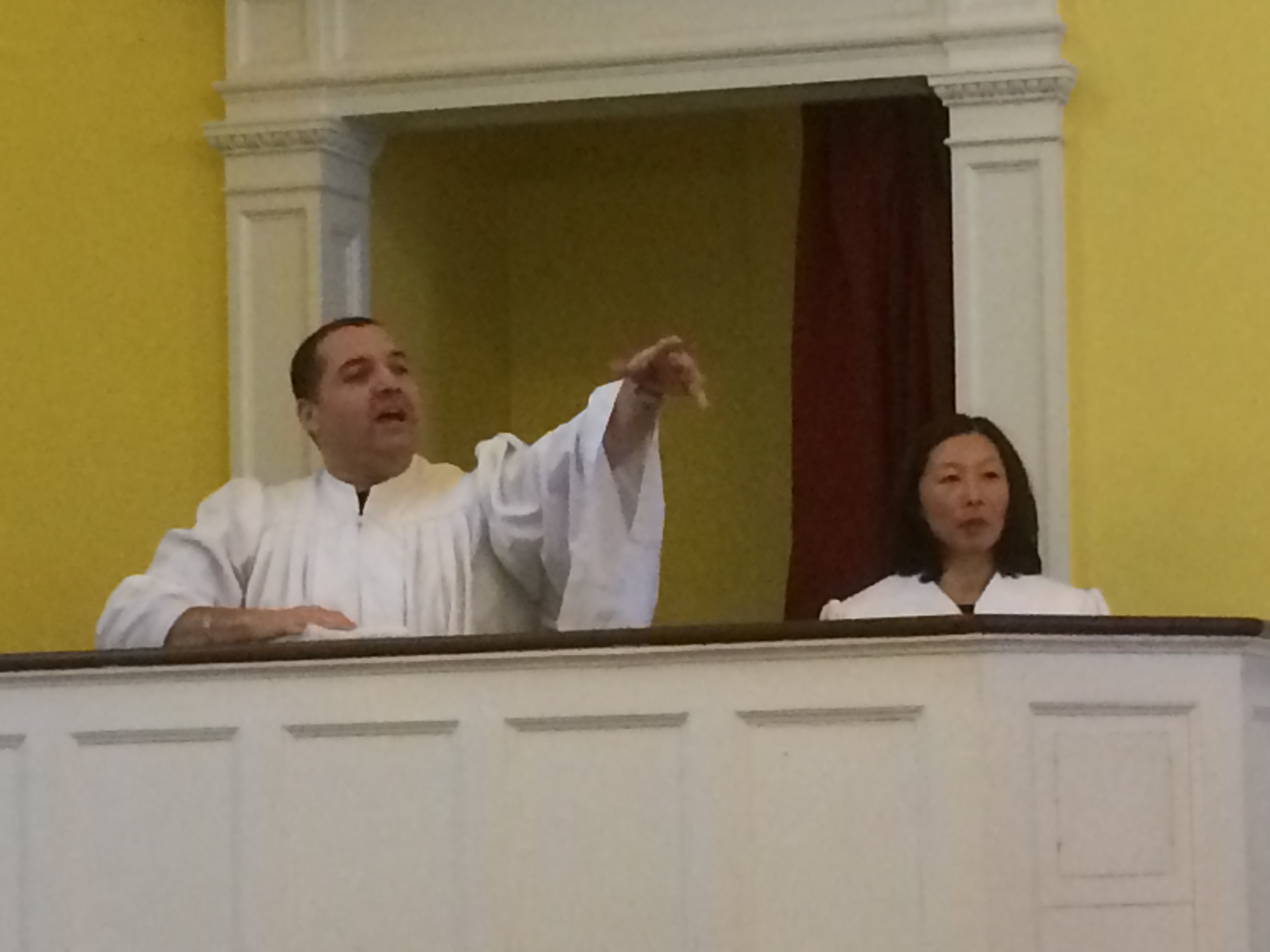 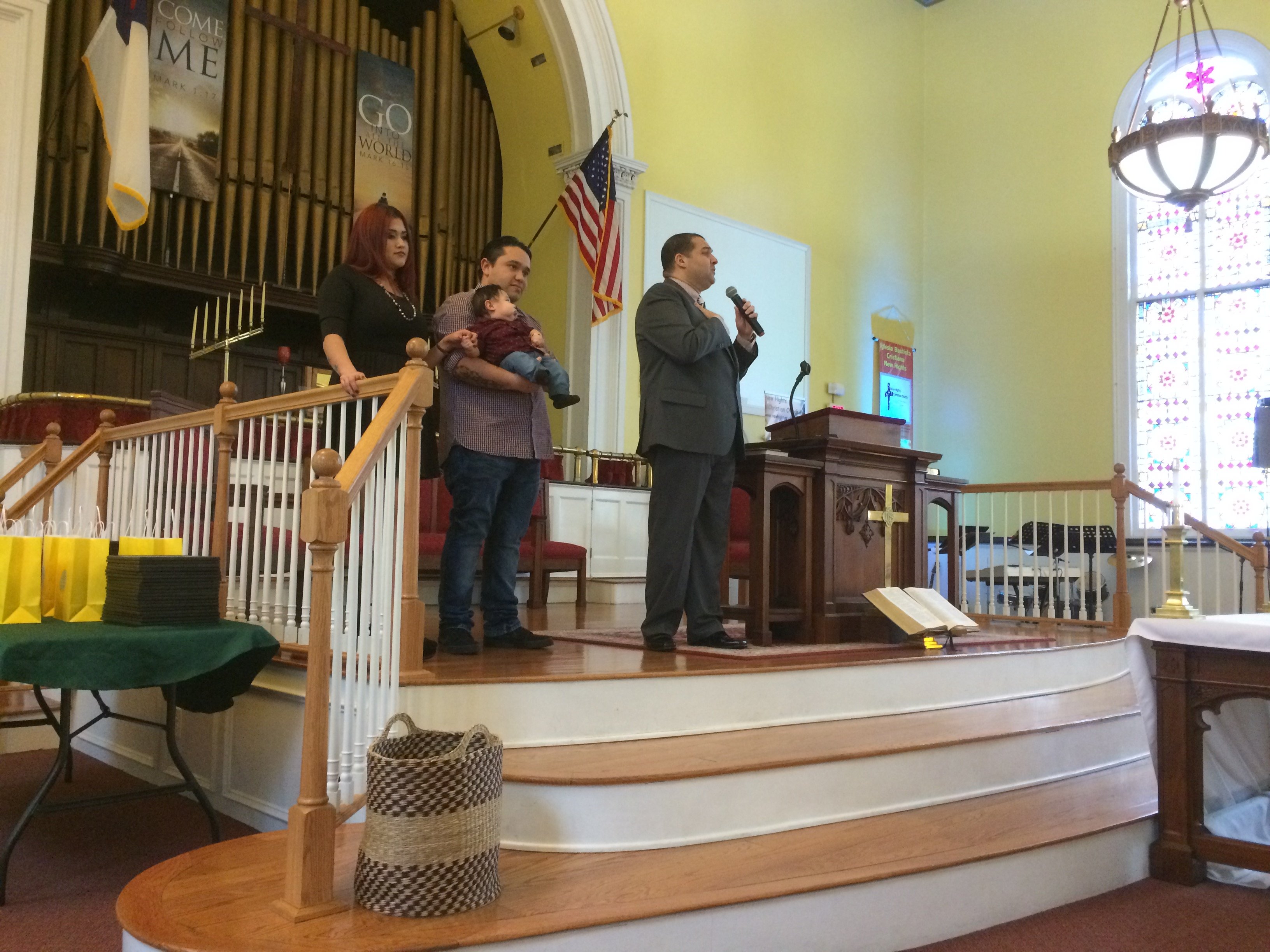 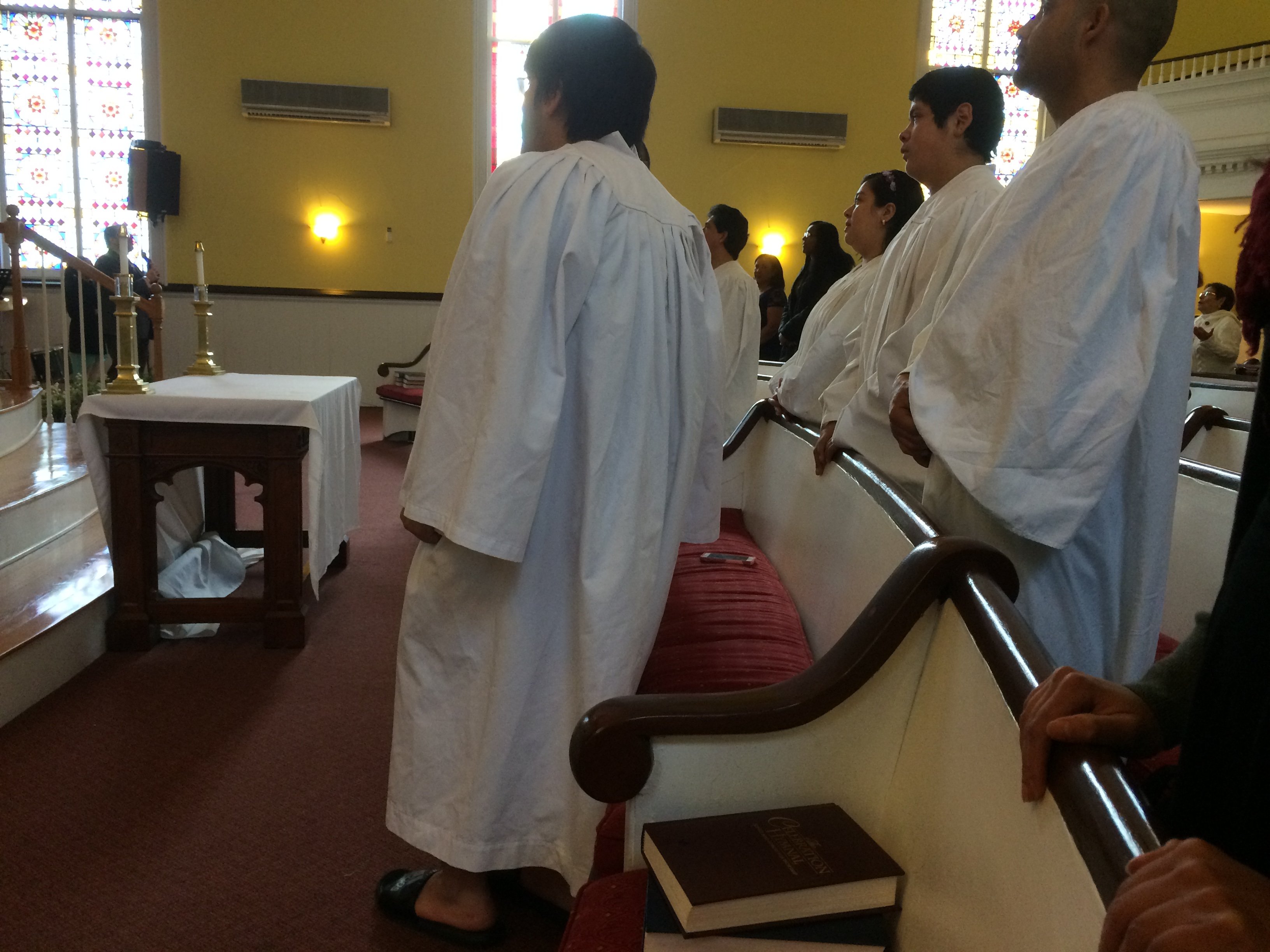 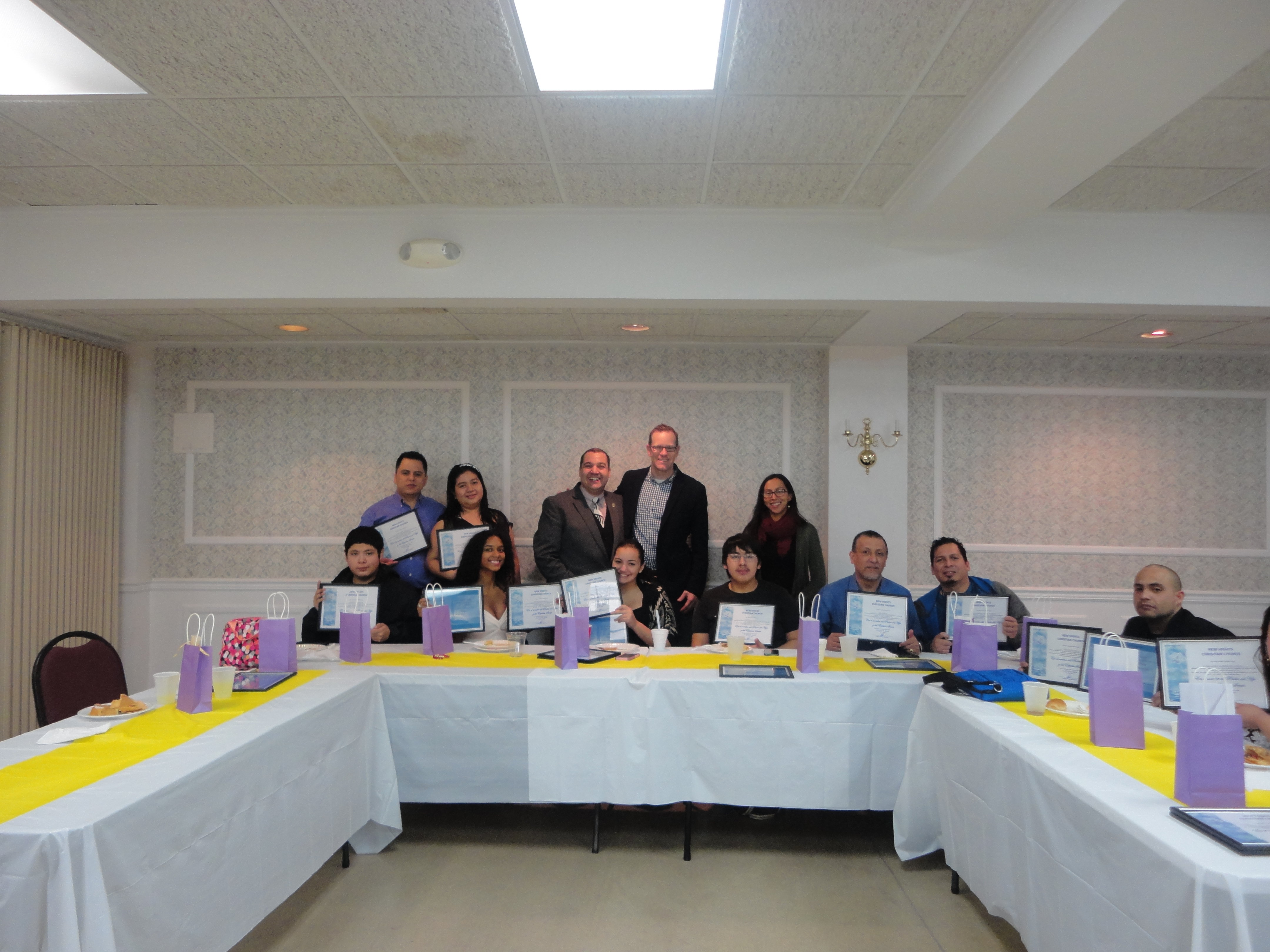 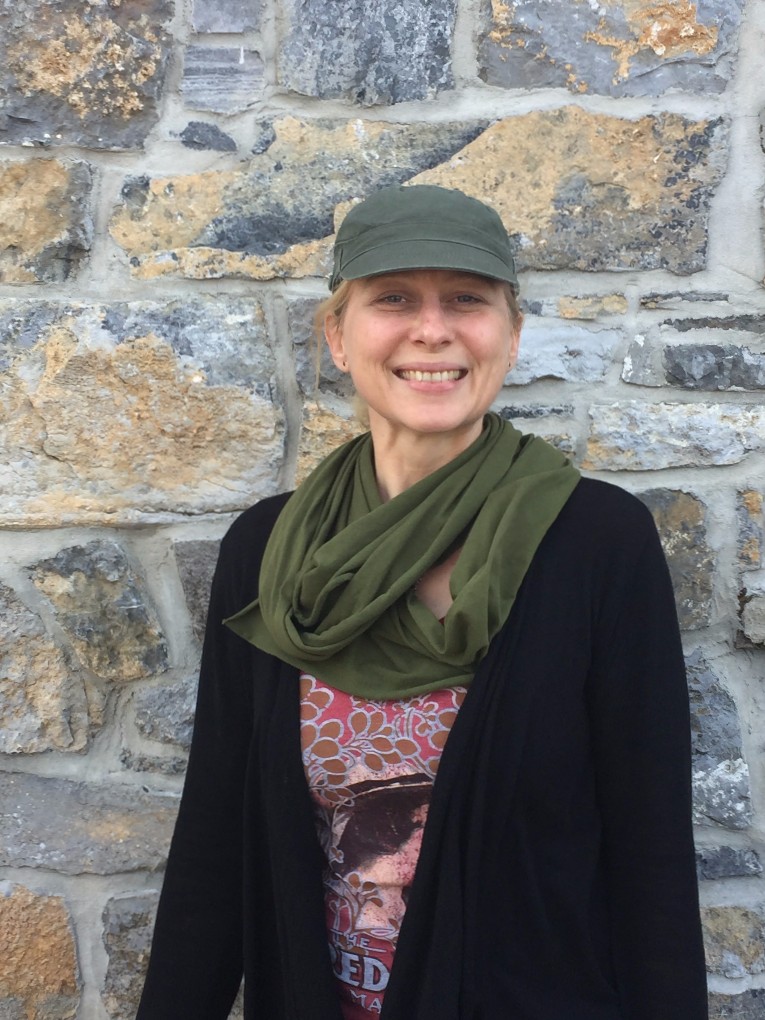 Originally from Australia, Mandy Smith is lead pastor of University Christian Church, a campus and neighborhood congregation with its own fair-trade café in Cincinnati, Ohio. She is a regular contributor to Christianity Today publications and the Missio Alliance Blog and the author of The Vulnerable Pastor: How Human Limitations Empower Our Ministry and Making a Mess and Meeting God. She is also the creator of The Collect, a citywide trash-to-art project. Mandy and her husband Jamie, a New Testament professor at Cincinnati Christian University, live with their two kids in a little house where the teapot is always warm.

Mandy says, “I’m honored to join my friends in serving on the Ecclesia Network board. God has used EN to remind me I’m not alone and I want to do whatever I can to help EN continue to encourage and equip others.” 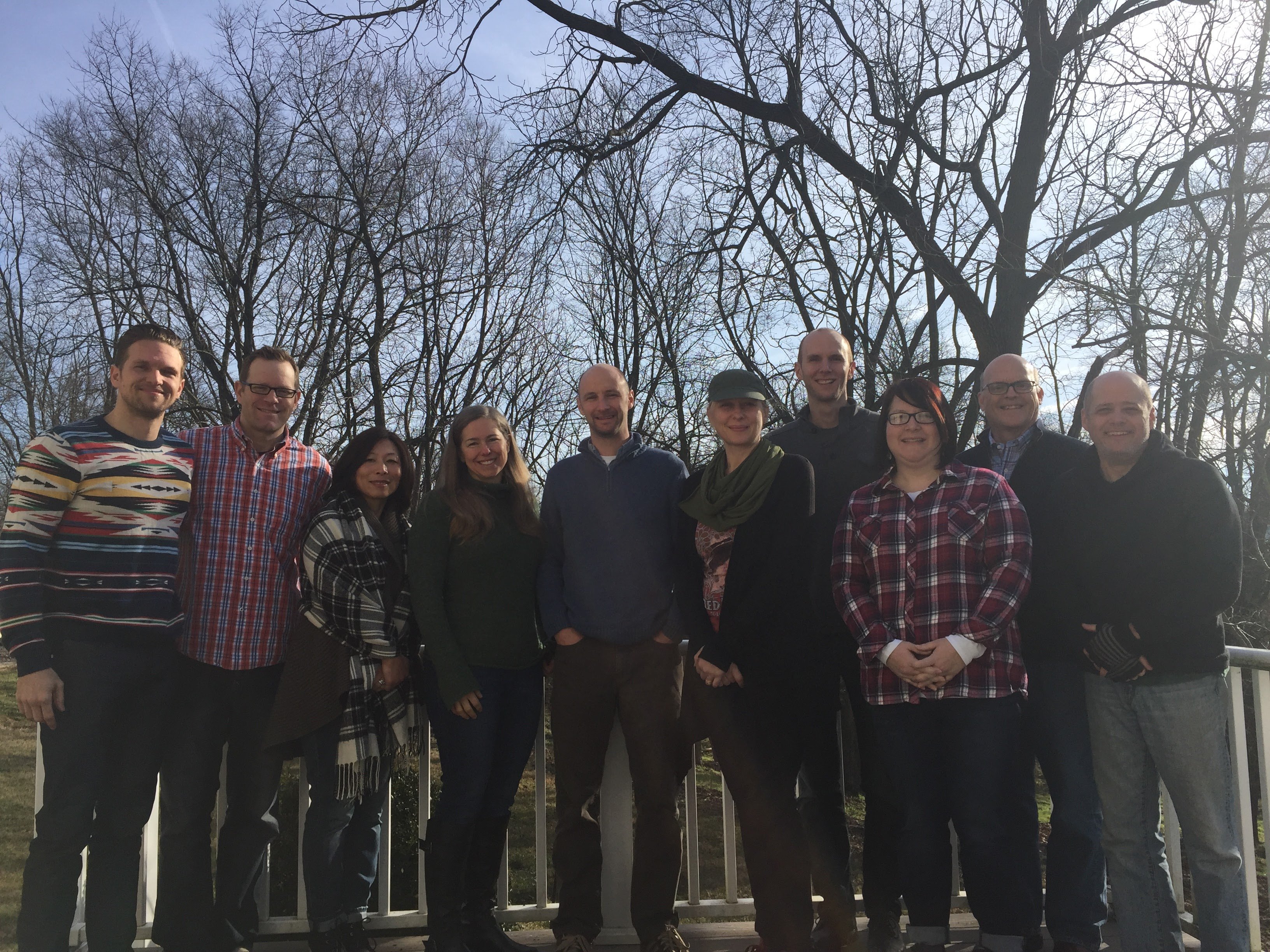 The Ecclesia Network Board 2017

After 12 years meeting in 3 different pubs and 1 rave space, the Evergreen Community in Portland, OR finally has a building! Evergreen has moved into the former Presbyterian Church of Laurelhurst, a beautiful brick building. This past month has been spent acclimating to the new space, and dreaming of ways the kingdom can be advanced out of it. Many neighborhood groups already make use of the space. Check it out! 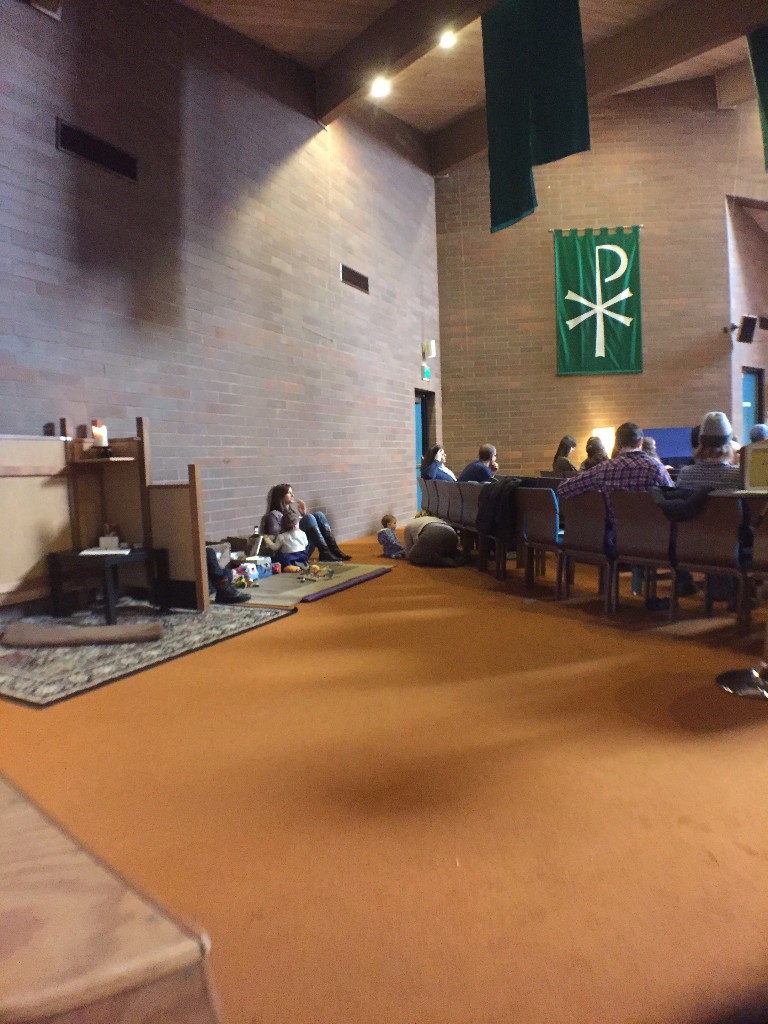 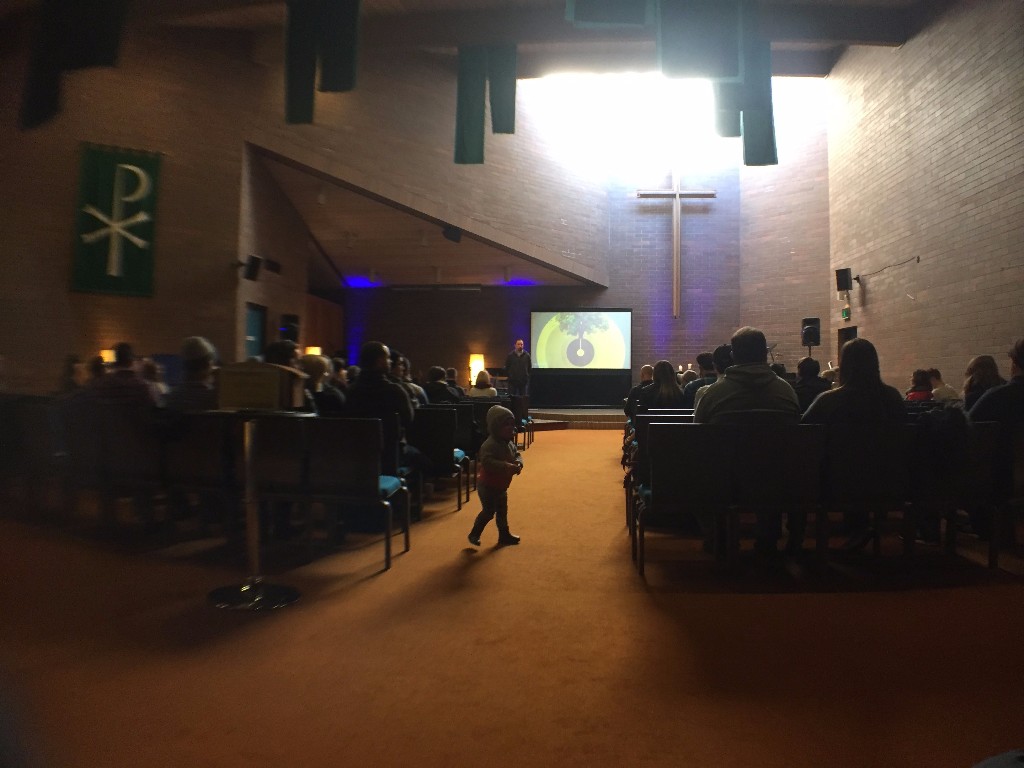 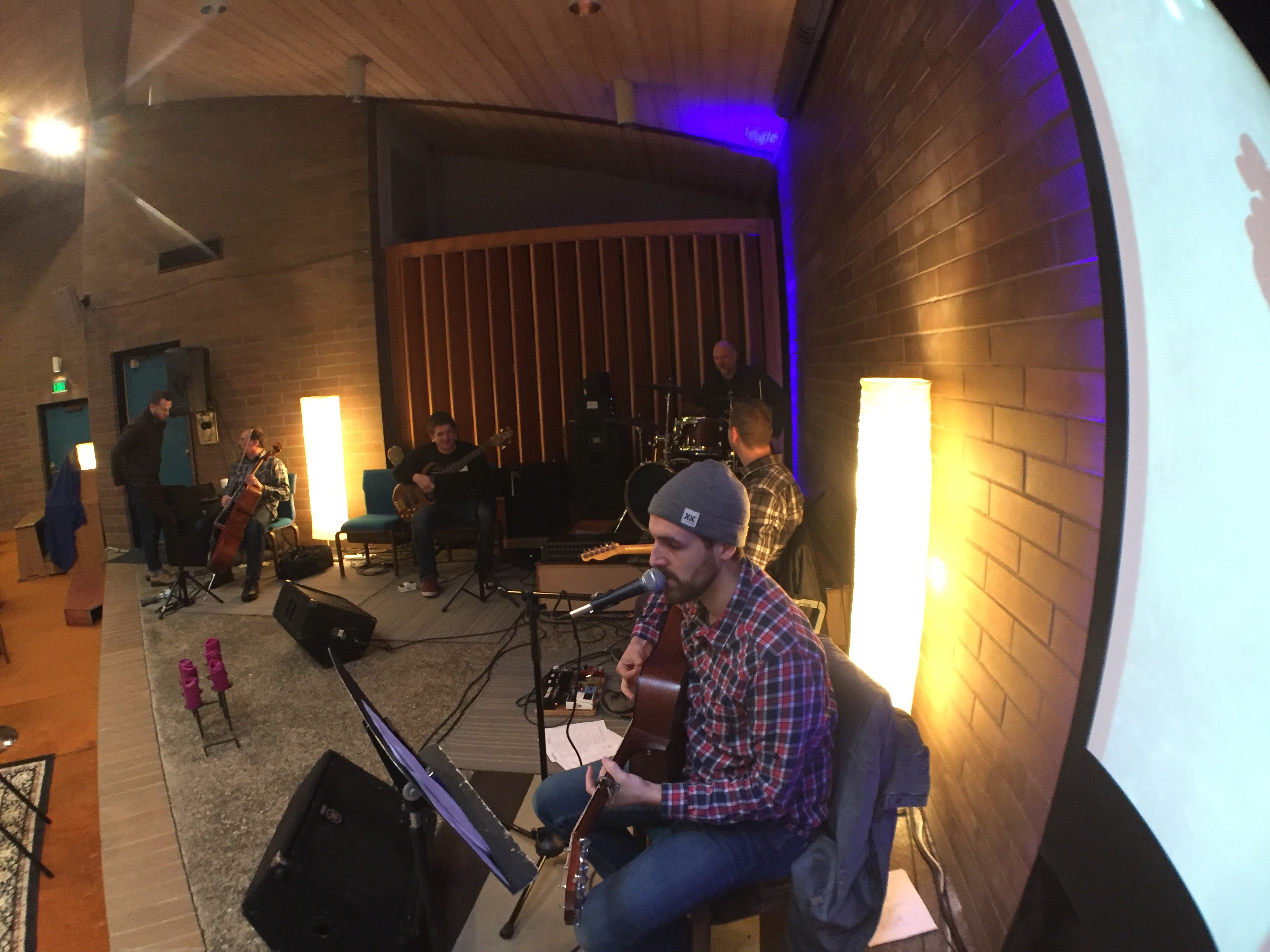 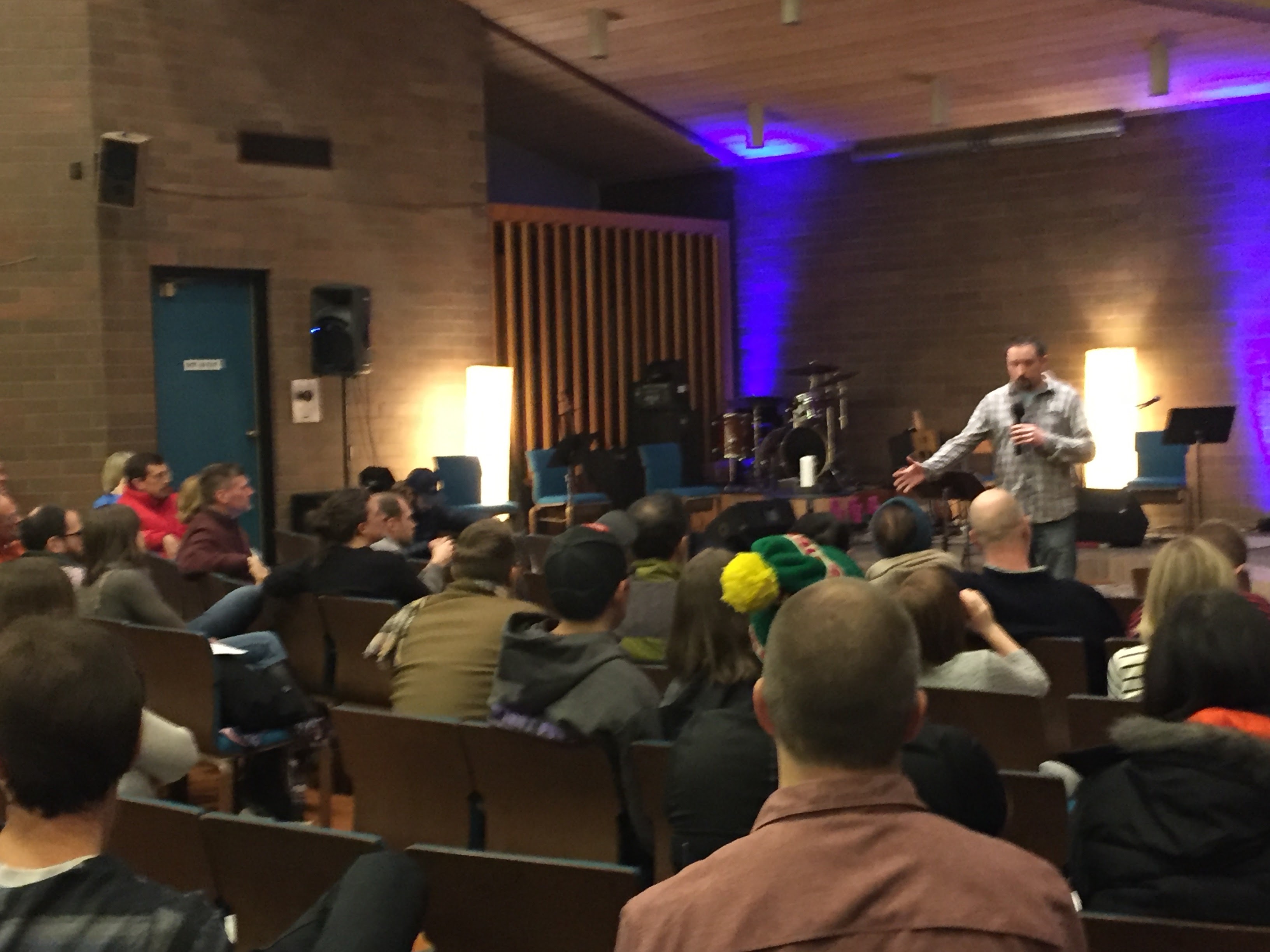 Recently District Church in D.C. had some big news!
Over the last several years, they have been praying as a church about a set of what they’ve called God-Sized Dreams. These are things they believe God is calling us to but didn’t have the resources or people to make them happen. What this means practically is that they have been praying and looking for space that can facilitate as many of these dreams as possible; specifically, they have been looking for a ministry center space, not so much for Sunday mornings, but to base all of their work out of each week.

Recently. they were able to purchase an incredible property! 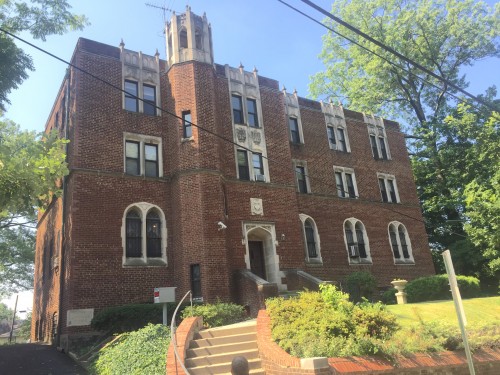 This property will serve as a ministry base and center for their multiplication efforts as a church! Located near the Brookland Metro in Northeast DC, it’s an old Catholic convent where Dominican sisters and then Jesuit priests lived and studied to train for ministry.

District Church plans to expand their District Fellows program to train people called to ministry, to house their foster care and adoption ministry, DC127, and support many of their weekly activities with the church— small groups, classes, and ministry teams. They will also be able to expand counseling and soul care work. 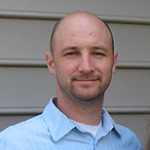 I know many leaders within Ecclesia who are happy to put 2016 in the rear view mirror.  While any year in church leadership is full of a mixture of highs and lows, successes and failures, and moments of God’s Action or (seeming) inaction, 2016 seemed to tip toward the challenging for many in Ecclesia.

Yes, 2016 was a year of obstacles for just about every church in Ecclesia (and from my vantage point, those outside Ecclesia too).

Here is what we must remember though- in these moments where we face challenges – we are not alone!   We know this to be true right?  Jesus told us he would be with us always, until the end of the age (Matthew 28).  He also told us that he would not leave us as orphans, but send another comforter (John 14).   We are not alone.  Yet, why do so many church leaders feel alone?

I would suggest that often we feel alone because we face our challenges alone.  We can be isolated as congregations, and therefore are more isolated from help when the attacks of the enemy or the effects of sin break forth in our midst.  I dare say that churches that only look to themselves locally (fellow pastors, boards, elders, congregants, etc) always fare worse than those that look beyond their local context for help and support.  Always.

Jesus left us with the reality of his presence through the impartation of the Holy Spirit in perpetuity.  The Holy Spirit takes it’s primary residence in relationship to the people of God, and this is not simply a “local church” reality.  It’s clear in the New Testament that there is a “local church” and a “universal church” but there is also a “regional church.”  Whether this was the church in a region or a wider city (i.e. letter to Colossians), or most often referenced to the trans-local band of apostles and evangelists and prophets and teachers that worked among and throughout the early church, it’s clear that there was a concrete and personal community that was intended to exist in fellowship beyond a local congregation, even outside its own city.  There is a fairly good basis to say that the strength of the New Testament church was at least partially in relation to a local congregation having a proactive relationship to this “middle” space between the local and universal.  I think that today, even occasionally among Ecclesia churches, we have a tendency to forget the vital role the “trans-local church” carries..  It is the “network” level of church that keeps the local congregation from becoming myopic or insulated within its own locality.  It’s the “network” level that helps make the universal church concrete and un-ethereal.

END_OF_DOCUMENT_TOKEN_TO_BE_REPLACED

On Sunday, October 23, The Renew Community (Lansdale, PA) officially added and commissioned two elders to their elder team. While elders have been commissioned at the church before, this was the first time Renew added women elders to the team. Renew has believed in the authority of women in leadership from its inception, it was now that the church sensed it had identified qualified leaders who were both willing and able to lead who were female.
Cindy Culp and Claudia Brice, two gifted women who have been in various leadership roles within Renew for years, were commissioned, prayed over and affirmed in their new role. The church was invited to come forward, lay hands on them and pray blessing on them. After the conclusion of the time of prayer and commissioning, the entire church surrounded both the new and current elders and prayed blessing on all of them. It was a very moving and significant moment in the life of the church as Renew moves into a new chapter of leadership.
As a network, we rejoice when leaders – male and female – are recognized, equipped, affirmed and commissioned to follow Jesus based on the gifts the Spirit has entrusted to them. Thanks be to God!