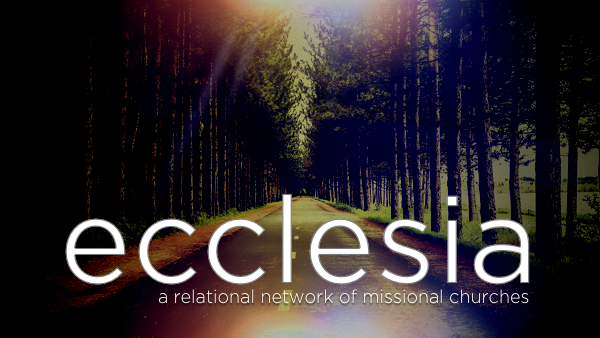 We recently asked some folks to reflect and finish the sentence “I left the Ecclesia National Gathering this year feeling ___________.”

Here’s what they said!

I left the Ecclesia National Gathering this year feeling a lot of respect for some leaders who have endured through some hard seasons!

Grateful to be in a community that has walked through and adjusted to a lot of challenging circumstances. It encourages me as a future church-planter that our leadership team will have so much collective wisdom and experience to lean on.

Encouraged by what God is doing through the church.

Heard, seen and loved by God.

I left encouraged for the future, thanks to the gracious support of my brothers and sisters in Ecclesia.

Feeling grateful the two awards our network gives out each year are for (1) Perseverance and (2) Servanthood (and not Fastest Growing Church or Most “Successful” Church).

I was reminded once again why I love our network so much.

Feeling overwhelmingly confirmed in our vocation, gratitude for the support and experiences of those in the network, and happy to have even more new friends!

Even more thankful to be in the network!

From Ty Grigg – pastor at Life on the Vine, Long Grove, IL

Angela stood up to the podium and pulled out a piece of paper.  Normally, during our worship liturgy, we watch an “icon,” that is, a short video or projected artwork that reveals something about the way the world is and the ways God reveals his glory in our world.  This Sunday, we would hear a story of lament from Angela:

My cry today, my lament today is for the Church , the bride of Christ to be a voice-a beacon of hope, a light, a refuge in this time. By this time, I mean post Trayvon Martin.

As Angela spoke honestly from her own experience of racism, I felt my heart softening.

This story of Trayvon Martin and George Zimmerman re-opened wounds in America’s racial history that have not fully healed.  It opened wounds of knowing that when my brother was growing up, one of the lessons he quickly learned was DWB, driving while Black. It opened would of hearing my father, who is a highly respected physician, tell me of people who don’t want to see him as their doctor because of the color of his skin. It is the wound of not being shown homes in particular neighborhood because Black people are not supposed to live in certain communities. It opened the wound of a childhood friend asking me if I wished I were white, as if something were wrong with being Black.

In the act of communal lament, the Spirit was drawing me out of apathy and into conviction, calling me to leave the old ways of denial and minimization of racism behind and to follow the Spirit’s call into listening, lamenting, and engaging.

My brothers and sisters, I bring these wounds with me to Church. I don’t leave the sin of racism at the door. I bring it with me and lament over it. And I should not do this alone.

When Angela finished her story, she walked toward the back of the sanctuary.  As a pastor, I knew what was coming next; Juliet would lead us in a prayer of confession.  But suddenly I heard an older man to my left say loudly:  “Excuse me, but normally we pray for people when they share their story.”  He was referring to the practice of praying for a person when she or he shares a “story of wonder” at the beginning of our service.  This was something different.  Honestly, my first reaction was annoyance.  I was thinking, “No, we have a plan.  We are going to confess now.  We know what we’re doing here, don’t mess it up!”

Then I realized that he was right.  We needed to pray for Angela.  I found myself getting up from my chair and slowly walking to the back where Angela was standing.  My pace was deliberate and slow.  I felt the eyes of the room on me.  Reflecting later, it seemed significant that I was going to Angela, not calling her back up to the lectern – a grace.  The whole action seemed directed by God, I was merely caught up in it.

As I got closer, I felt my heart fill with deep love and sadness intermixed.  Angela stood up and walked toward me.  I gave her a hug and the only thing I could say was, “I am so thankful.”  She hugged me back.  I started to pull away after a few seconds but Angela didn’t let go – again, a grace.  I sensed a powerful movement of the Spirit.  It wasn’t just me hugging Angela, but I was hugging Angela as a proxy for the whole church.  A few others came and joined the hug.  When I replay this moment in my mind, the word that comes to me is simply ‘glory.’  God’s glory was breaking through in the midst of Angela’s vulnerable lament and our embrace of her lament.

When Juliet finally began to lead us into a prayer of confession, she began to openly weep.  Angela’s lament opened all of us up to a new depth of reality, a new depth of relationship with one another, and a new sensitivity to what God is inviting us into.  We are just at the beginning, but I hope we can look back on Angela’s story of lament and our response as a watershed moment of conversion for our church.

It starts with lamenting.

Because Ecclesia is striving to be a relational network of churches, our process for joining … END_OF_DOCUMENT_TOKEN_TO_BE_REPLACED